A sincere and chaotic performance unit consisting of Aoi Yamada and Tuki Takamura that creates works combining poetry and dance.
Formed in August 2019.
Performed at the opening reception for the new Hi-Node Pier (2019)
Dancers for MISIA at the 70th NHK Kohaku Uta Gassen (2019)
Dancers for “Happy Christmas Toy Shop MISIA Christmas” Medley (2020)
Appearance in the “Friends” music video by Ayaka (2020)
Choreographers for “wassai”, an online festival on the eve of the 2020 Olympic Games (2021)

Aoi Yamada
She has played the role of the prince in KAAT’s “The Little Prince” and made appearances in Dumb Type’s “2020” and the short film “Somewhere in the Snow”. She is also active as a dancer, actress, and model in a wide range of other projects, including music videos by Kenshi Yonezu, Mari Natsuki, and Nulbarich.

Tuki Takamura
He is scheduled to appear as a poet in the stage production “When We Go Down That Great Unfeeling River” (September 2021). He performed in LiSA’s “Kimetsu no Yaiba” Medley in the 71st NHK Kouhaku Uta Gassen, as well as in various music videos such as King Gnu’s “Sanmon Shosetsu” and Ohashi Trio’s “Thunder Bird”.
He has won and participated in numerous dance contests and has represented Japan in Asian competitions as a dancer with rich emotional expression. 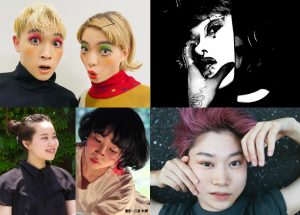