“Space itself is involved in choreography. In that sense, in between the duet of space and dancer, the camera is not just an observer, but rather holds responsibility of being involved in the creative process of the performance.”
– Maya Deren

With the camera following a dancer, a filmic space is being created. This is an interpretation of the choreographer’s creativity, as well as a pattern of modification. The process most definitely creates another point of view among the expression of dance and film, and this creative potential of dance film has been catching attention around the globe. We will be screening eight varying programs of dance film masterpieces, including rare documents for this Dance Film program. 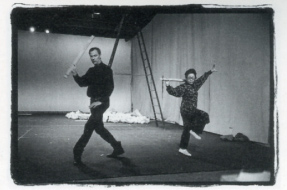 This is a documentary film that depicts the dancer and choreographer Suzushi Hanayagi, who has choreographed for, and deeply influenced the theater director Robert Wilson, well known for his involvement in Einstein on the Beach and in otherworks. Suzushi, who had been studying ‘Jiuta-mai,’ a form of traditional Japanese dance from when she was a child, moved to New York alone in 1960, and then studied under Martha Graham. After she was introduced to the blossoming contemporary dance movement, she started to perform original dance pieces in the United States. Wilson, who had been strongly impressed by her choreography, invited her as a choreographer, later forming a collaboration producing Knee Plays in 1984, and 15 more works. When Wilson was notified about Suzushi being in a nursing home in Osaka suffering from Alzheimer’s, he goes to meet her. Suzushi never spoke a word, but the two communicated with the movement of their hands. Suzushi Hanayagi passed away in 2010. 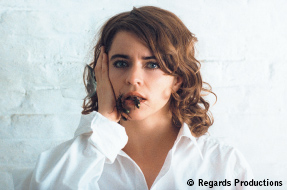 Pierre Coulibeuf proposes a phantasmagoria inspired by Jan Fabre’s choreographic and theatrical creations. Ariadne in a wedding gown wanders in an old castle in Flanders, where half-naked knights are engaged in combat against invisible enemies. Insects crawl out of a woman’s mouth, and a body wrapped in cling film is being smashed on the stone floor. A Micro-cosmos of death and sex, formed from inside of an insular labyrinth. 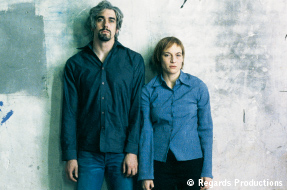 An experimental film-portrait by Pierre Coulibeuf that transposes the research of choreographer Meg Stuart into fiction. For the film, Meg Stuart re-enacts the behaviours and gestures of individuals in everyday life. The choreographer’s imaginations inspired Coulibeuf to create a discontinuous narrative, like a mental projection. 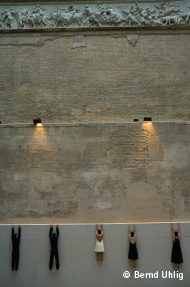 In a period lasting over a decade, architect David Chipperfield restored and rebuilt the Neues Museum, a museum that had been abandoned since WW2, located in the Museum Island of Berlin. Choreographer Sasha Waltz gave a special performance in the building along with seventy dancers, musicians, and singers just before the opening of the museum in 2009. Waltz, by retracing the labyrinth of history, brilliantly combined her choreography with the fragility of mythology. This film documents this performance that grabbed a great deal of attention; bringing in over 10,000 spectators at the time. 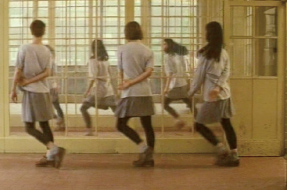 In what way is urban space effecting human movement? Under urban architectural surroundings, where does contemporary dance locate its base, and how do they express and transform themselves? This is a program that examines dance and space. 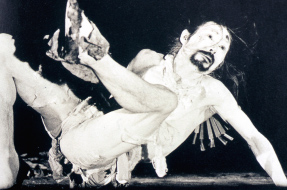 When compared to manga, anime, Haruki Murakami, and other forms of Japanese culture, not many people would know how well Butoh, a dance form founded by Tatsumi Hijikata, is known around the world. There are many self-called, or otherwise called by another, ‘Butoh-ka’ (meaning Butoh Artist) s around the world, ranging from the United States, western, eastern, and northern European countries, and from countries in Central America. In some cities, Butoh Festivals are held as well. What, and where do these people find synesthesia, beyond the mere feeling of orientalism? The multiple selections of films here will hopefully help find a way to answer the question. Especially, the pictures showing Carlotta Ikeda, Ko Murobushi, Ushio Amagatsu amongst others have probably not been seen by many people in Japan, and they are interesting as material for Butoh related studies. 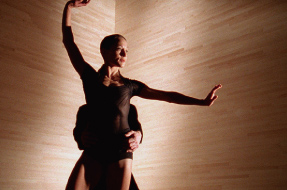 We will be screening two of Quebec’s dance film masterpieces; ORA, a dance film by Philippe Baylaucq incorporating thermography in order to capture the body movements in color, and Amelia by Edouard Lock, an attempt to reconstruct a dance performance to a film work by constructing a giant wooden box and with detailed filming. 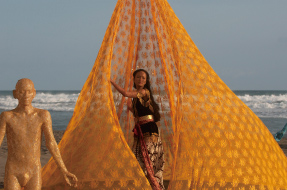 Inspired by the famous story ‘The Abduction of Sita’ from the great classic of ancient Indian and South East-Asian literature the Ramayana, Opera Jawa is a musical like no other. It tells of a passionate love triangle that leads inecorably to conflict, violence, and death. The Indonesian director Garin Nugroho beautifully combines the rich, traditional Jawan play/dance culture with Indonesian contemporary art, flowing along with the rhythm of gamelans. Featured here is Jecko Siompo: a dancer to be performing in the Dance Triennale Tokyo 2012.

*all films will be screened in digital format.