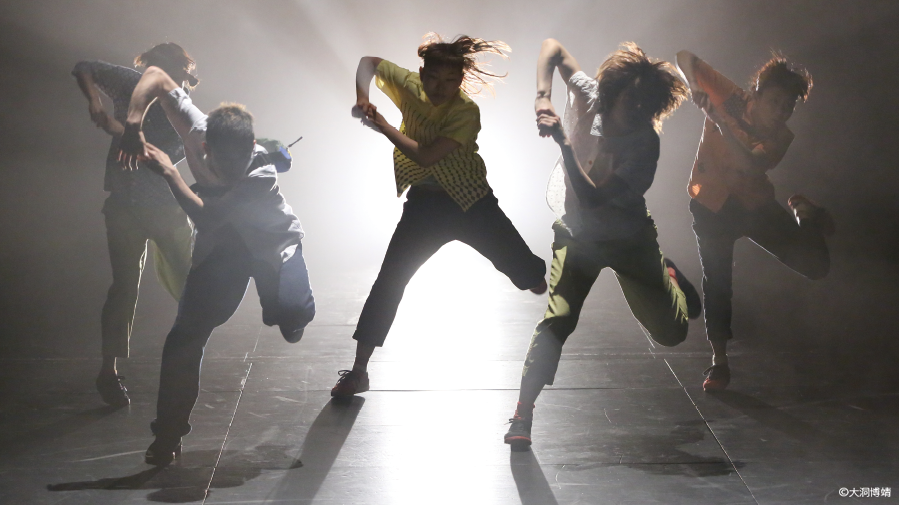 DNA 2016 Opening – Dance ZANMAI Program
KENTARO!! / TOKYO ELECTROCK STAIRS（Japan）
The Tether Going Round and Tying Front and Back Together（2016）

Spiral Hall
Dance imbued with wild ideas under the banner of “forging ahead, whatever may happen.” The new universe created by KENTARO!! with unique words, music, and dance.

【Dance ZANMAI Program】
The DNA 2016 festival will open with works created by three artists who are key forces behind the contemporary dance world in Japan: a new piece taking “family” as its theme and the second by Physical Theatre Company GERO, which was launched by Kim Itoh in 2015 and is attracting great attention; another by TOKYO ELECTROCK STAIRS led by KENTARO!!, who remains vigorously involved in creative activities spanning the genres of dance, music, theater, and art; and a re-staging of DICTEE, a piece created by Un Yamada which has wowed audiences inside and outside Japan since its debut in 2011. The opening program is a sumptuous one allowing dance lovers to feast their eyes on all three of these works on the same day.
Choreography, Music, Dance: KENTARO!!
Dance: Ayano Yokoyama, Moto Takahashi, Maiko Tomari,
Tadashi Kaitsu (Seinendan)
Lighting Design: Megumi Shimoda
Production: Marie Takimoto

A dance company led by KENTARO!!, TOKYO ELECTROCK STAIRS commenced activities in December 2008. It stages solo performances every year, and has thus far created 12 long pieces and two short ones. It has also had many opportunities to perform outside Japan, in other Asian countries and in Europe and North America. Its showcase in New York in 2013 won praise from the New York Times. KENTARO!! conjures up a world vision with a surreal landscape from music for which he is both composer and lyricist, and infuses dance with a unending stream of thoughts and feelings. The troupe moves ever-forward under its watchword of forging ahead, whatever may happen.
http://www.tokyoelectrock.com