A pre-event of Dance New Air 2016, this program will unfold in the space fronting the former National Children’s Castle. It will give the participants, both children and adults, a casual taste of the joys of dance while bringing it closer to them.

Baobab is led by Wataru Kitao, who choreographs, composes, and produces all its works. His choreography is imbued with a unique dynamism that has a aboriginal, rhythmical flair. The company is renowned for their overwhelming group-dance performances. With each piece it presents a distinct world view. “We sometimes talk, sing, laugh a lot, and cry once in a while,” says Kitao. Baobab attracts particular attention for the deep performance dimension of its works. In March 2016, it organized “Dance x Scrum!!!”, a contemporary dance festival that brought together no less than 12 groups of young creators. It also performed as part of the official program in Kyoto Experiment 2013. Kitao took the Audience Award at the Toyota Choreography Award 2012 and is one of the Steep Slope Supporting Artists. 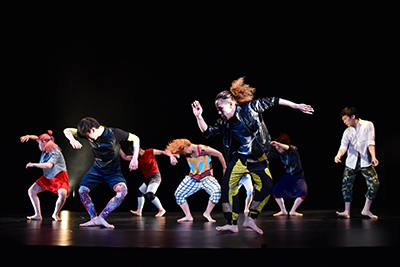 This dance company performs mainly works choreographed by Maki Tabata, its leader. It has a solid reputation for its style; its members carefully spin strands of time with their bodies in an almost comically furious way, interspersing bits of humor in the process. It is now vigorously active inside and outside Japan. TABA-MAKI has staged works in 18 cities in seven countries, and received the highest accolades in each. In recent years, it has been holding workshops for people of all generations. Its aim in doing so is to encourage modes of bodily expression that all can do and enjoy, regardless of gender, age, experience, disabilities, or other attributes. 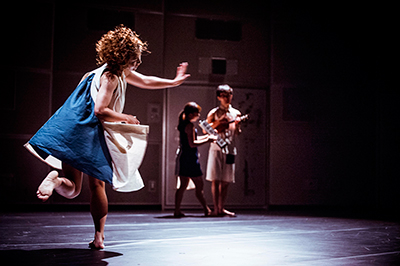 Dance Theatre LUDENS was founded by Takiko Iwabuchi in 1999. Ever since its founding, it has continued activities in units of projects emphasizing the creative process. Its major works include “Be,” “Distance,” “Against Newton,” “Anonym,” and “1 hour before Sunset.” In addition to Japan, it has staged works at major festivals in other countries around the world, such as ImpulsTanz and the American Dance Festival (ADF). Its offerings have won the highest praises at all venues. It was awarded the Yokohama City Cultural Foundation Prize and the French Embassy Prize for its performance of “Be” at the Yokohama Solo x Duo < Competition >, and the Dance Critics Association Award for Best Newcomer for “Distance.” Over the years 2000 – 2005, it received funding from The Saison Foundation under the Artistic Creativity Enhancement Program. It takes its name from “ludens,” the Latin participle meaning “playing,” particularly as used in “Homo Ludens” (“Playing Man”), the title of the book by Johan Huizinga. 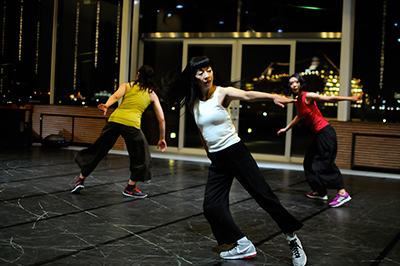 Born in Ishikawa Prefecture, Rina Sakiyama began taking classes in modern dance in her childhood. She learned hip-hop in her high-school days and was involved mainly in contemporary dance at the Japan Women’s College of Physical Education. Upon her graduation from that institute, she studied butoh dance under Yukio Waguri. In Company Derashinera, she appeared in “The Double,” “Lady of the Camellias,” and “Romeo and Juliet” in the White Theatre Series. In the winter of 2015, she participated in workshops and performances in Thailand and Vietnam, in programs headed by Shuji Onodera, who was appointed Japan Cultural Envoy. Since the spring of 2015, she has served as assistant choreographer for Onodera in productions of “Peer Gynt,” “Kidukai Lucy,” “Goodbye,” and other works. She also appeared in solo productions in her native prefecture, in the Ishikawa Dance Festival in 2015 and the Hokuriku Dance Festival in Ishikawa in 2016. 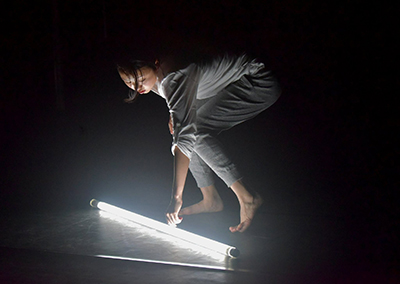