The capture of the actual creations of master choreographers on film sheds valuable light on the thinking and anima at the wellsprings of their dance presentations. The Dance Film programs will screen a diversity of precious works rarely available for viewing elsewhere. The list includes the premiere Japanese showing of “Mr. GAGA,” a documentary featuring Ohad Naharin, which has created a sensation at film festivals around the world. 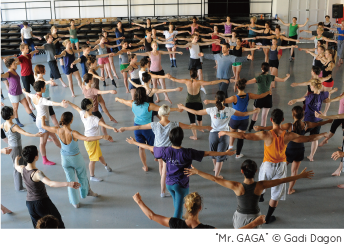 Considered to be one of the most important choreographers in the world today, Ohad Naharin is the artistic director of Batsheva Dance Company. A documentary witnessing a vital turning point in his life, this film has a pronounced spiritual dimension and is filled with deep insights. Audiences encounter a man who is driven by an artistry seeking nothing less than perfection and possessed of an unparalleled vision. The filming took a remarkable eight years, and focuses on rehearsals for works choreographed by Naharin. The film interweaves precious documentary footage with breathtaking dance scenes. Creating a stir right from its release, it took the Audience Prize at the SXSW Film Festival and the Best Documentary Award at Sofia International Film Festival in Bulgaria. A workshop on GAGA will be held during the run of the festival. 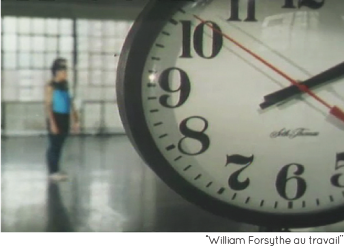 The U.S. choreographer William Forsythe came to international prominence as the director of the Ballett Frankfurt. With his choreography, he has transformed first-rate dancers assembled from across the globe into perfect tools of his theatrical imagination. This film shows Forsythe choreographing the dance “Impressing the Czar” and communicating his uncompromising methodology to dancers from the New York City Ballet in preparation for the work “Behind the China Dogs.” It was directed by André S. Labarthe, who served as a critic on the legendary TV program “Cinéastes de notre temps” in addition to directing films. 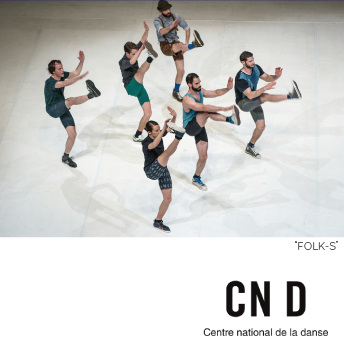 This is a compilation program put together by Cinémathèque de la Danse, with a focus on the question of how contemporary choreographers revived folk dances. In folk dancing, dancers clap their hands, stamp their feet, slap their legs, and otherwise use their bodies like instruments or sound boxes. They generally dance to a two-beat rhythm, which is said to be the most basic tempo for living beings. In addition, the choreographers pursue geometric formations for the movement of dancers and thereby create abstract space on the stage.

Program C has partially been modified in the list of compilation program. There are additional latest dance films as well as historically valuable work from 1936. Please check the details on our website before visiting the cinema. We appreciate your understanding on the changes. 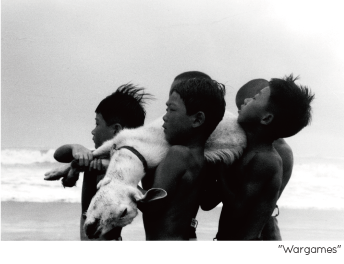 This year marks the 30th anniversary of the death of the pioneering butoh dancer Tatsumi Hijikata. Program D will screen three works, including “Kinjiki” (“Forbidden Colors,” 1959), with a performance by Hijikata that was regarded as establishing buto, and “Gisei” (“Sacrifice”), which was shot at around the same time and has a high value as documentation (featuring Akiko Motofuji and Miki Wakamatsu as well as Hijikata). The works rest on Hijikata’s collaboration with photographer Eiko Hosoe and the movie critic and author Donald Richie. Each fully demonstrates the magnetism of dance footage, in which the physical performance depicted drives the visual narrative with an overwhelming power of persuasion.